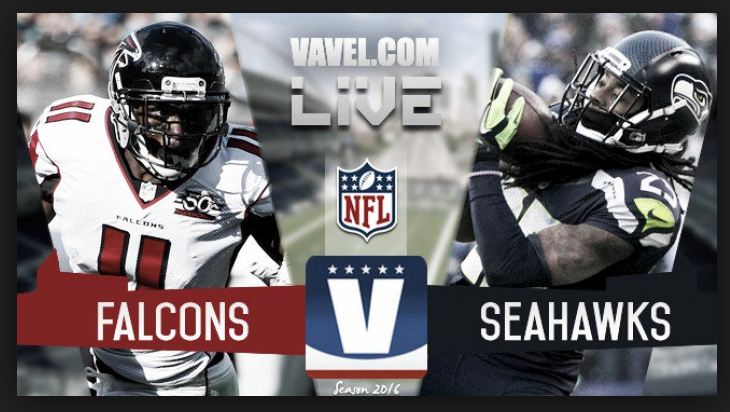 The Falcons and Seahawks will showcase some of the talent that the NFC has to offer when they play in Week 11 on Monday Night Football. Here’s how to watch.

Here’s everything you need to know to watch the game, or follow along as we bring you the latest score, live updates, photos and video highlights in the comments section below.

What: Seattle Seahawks vs Atlanta Falcons

Watch online: You can watch the live stream on the NFL’s mobile app or ESPN’s watch app. If the NFL Network is part of your cable package, you can also live stream the game through the NFL app on XBox, Apple TV, or Roku device on your TV.

Follow along as we bring you live updates and analysis from the game from kickoff through the final whistle in the comments section below. Have thoughts on how the Seahawks and Falcons are performing? Don’t hesitate to jump in on the live updates and chat with us as the game rolls along.

The Atlanta Falcons have begun to fall behind in the NFC South during the New Orleans Saints’ hot streak since their rough 0-2 start. Now, they’ll need to turn it on if they want to get back in the hunt when they play the Seattle Seahawks on Monday Night Football.

The Falcons will travel to Seattle to deal with the likes of Russell Wilson, Doug Baldwin and the 12th Man in the crowd in an intriguing matchup to end Week 11 on a high note. They’re dealing with a huge blow to one of their offensive studs, Devonta Freeman, as he goes through the concussion protocol. With him gone, they’ll turn to Tevin Coleman for more touches while also utilizing Julio Jones in the passing game.

The Seahawks will need to combat the Falcons high-powered passing attack on Monday night, and they’ll need to do so without Richard Sherman as a piece of their Legion of Boom. They’re dinged up, and it’ll be interesting to see how the Seahawks handle the adversity defensively.

How can I watch the Falcons and Seahawks?

While you won’t get as many of the streaming options as you’d get if the action were on Sunday, you’ll be able to tune into the Falcons and Seahawks going at it in a couple of different ways on Monday night.