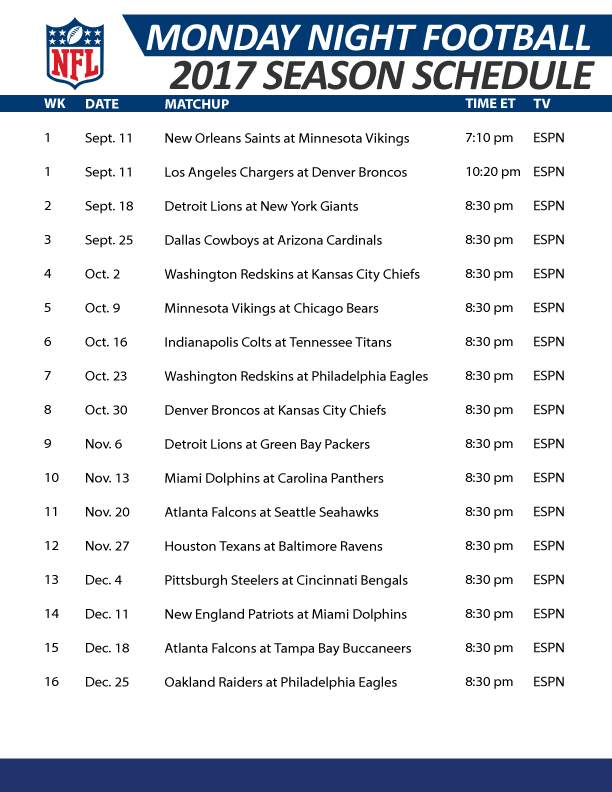 The NFL released its 2017 schedule on Thursday, including 16 weeks of Monday Night Football. The league’s Monday schedule for the upcoming season will lead off with a doubleheader, as has become customary. All games will be televised on ESPN. The schedule begins with the Saints and Vikings and Chargers and Broncos on Sept. 11.[…]